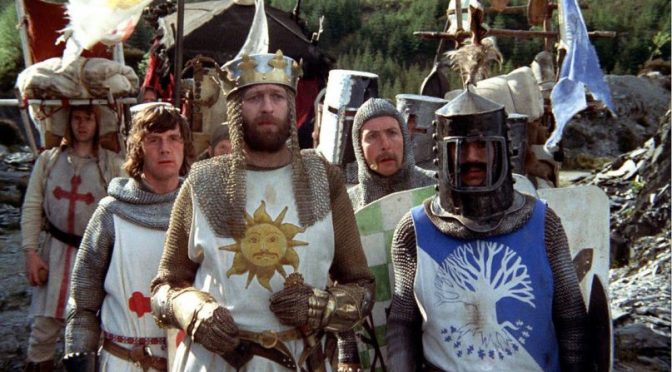 Sarcasm, “The use of irony to mock or convey contempt.” This is the first thing you will see if you look up the definition on Google, but the concept of sarcasm, or irony, is fairly universal. As you know, sarcasm is a part of verbal irony. Verbal irony is when the speaker means the exact opposite of what they were saying.  This is just the bare basics of the complexity of sarcasm.

Now sarcasm has been around for a long time. It even dates back to the Viking era where they passed it along to the British in 1050 A.D, but there are other signs of it around 338 B.C. In 338 B.C Phillip II of Macedonia was finishing off some of the Greek city-states when he had to make a decision about Sparta. Phillip II decided to send this message, “You are advised to submit without further delay, for if I bring my army into your land, I will destroy your farms, slay your people, and raze your city.” The Spartans replied back with the infamous line, “If.”  Phillip II subsequently did not attempt to take on Sparta.

Then in 1050 A.D when the British traded with the Vikings, the British found their “laconic” humor or use of very few words to be quite funny. The British then decided to pick up on this type of humor and it has become a staple in British culture. The British also recorded the old comic tales of Old Norse Sagas when the Vikings still existed. One of the stories in Old Norse Sagas is called the Orkneyinga Saga. It details an earl disguised as a fisherman to help a farmer.  The story constantly details the earl comparing his easy life to the life of a fisherman, using lots of laconic and sarcasm combined. Another Old Norse saga offers an example of laconic humor in Grettir’s Saga: the hero’s brother, Atli, is stabbed through the stomach in a fatal wound, and his dying words are basically, ‘I see that broad spears are in fashion this year’.

Laconic humor and sarcasm is still being widely used today. Monty Python is a great example of how this type of humor is still being used. Also it being filmed in Denmark shows a cultural connection to the Vikings who also showed them this laconic humor. Even movies like Jumanji and Ghostbusters use sarcasm to convey the danger of the situations they get in.