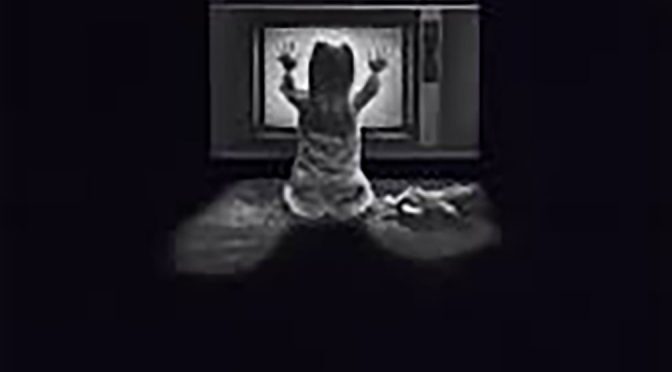 Horror movies: the stories that are loved by almost anyone who has the guts to watch them. There are many types of horror movies that you can watch on TV,  but we should not forget about the classics. The Shining, Poltergeist, and Children of the Corn are some films that make the horror movie genre what it is now today.

The Shining, an original story written by Stephen King and produced to the big screen by Stanley Kubrick in the 1980’s, was a fantastic creation in many horror movie watchers’ eyes. The Shining is seen this way because of its capability to show us the danger of solitude. Jack slowly became more deranged throughout the movie as shown by him talking to ghosts, having nightmares, and writing repeatedly, “All work and no play makes Jack a dull boy!”  on a typewriter. The Shining shows us what could happen if someone who already has a mental illness spends time in solitude for too long.

The Poltergeist, produced by Steven Spielberg in 1982, was an original movie loosely based on events that happened to a New York family in 1958. This movie showed us some people’s true fear of not being able to help their family and loved ones during a crisis in their life. This is what makes the movie so interesting because the people in the movie are experiencing some of the same things people have to experience in real life. The movie explains this well when the feelings not being able to help their daughter with the Poltergeist trying to take her away from them.

Regarding Children of the Corn, we all sometimes dislike our parents but hopefully you do not hate your parents as much as these kids do. The Children of the Corn was produced in 1984 by Donald P. Borchers. This movie demonstrates what would happen if abused kids would rebel against their parents. Throughout the movie, the plot shows that everybody has a breaking point. Everyone has thought about doing something in revenge when they were a kid, maybe not something as bad as what is in this movie. Because of this movie, we could see what it would be like to explore the mind of an abused child without having to live it ourselves.

The Shining, Poltergeist, and Children of the Corn are all classic horror films from the genre. These movies are part of the base for the horror genre and are some of the motion pictures that made people start loving horror movies. These films introduced new ideas for future movies and probably help some of your favorite motion picture become what they are and what you love about them. People should always remember the classics because without the classics, horror movies wouldn’t be what they are today. Sure, there are many other horror movies that are classics or that you can watch but these meant a lot to the horror movie watchers and hopefully it will be the same for you.