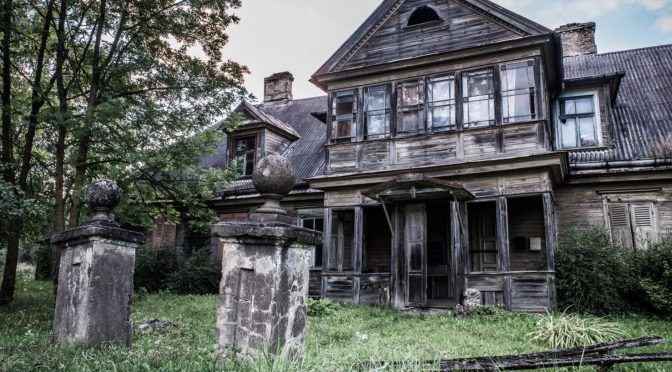 October 31, 2012, Austin and Scott roam through the parking lot to find their car. With big plans ahead, they couldn’t wait to get home and get ready for the haunted house tonight.  At last, the car was found, and on their way they go. Austin, a brown hair blue eyed football player was not scared of much but this haunted house was going to test him. Scott, typical jock, hard headed, thought this haunted house was going to be nothing, but little did they know they were in for the worst time of their life….

The boys jump in the car and start to head to the haunted house.  “Do you see all of this?” Scott said.

“Yeah, this seems like a pretty sketchy area…” said Austin. The clock strikes 6:50 and the boys arrive at the entrance. Walking up to the gate, Austin heard Scott whisper, “Are you sure we should go in?”

Austin knew he was going in, “There is no way we are not going in, we are going to have so much fun.. what is the worst that could happen,” Austin explained. A fifteen page waiver is set in front of the two, each needing to sign to enter the attraction.

Scott questioned, “Should we read these over?”

Austin exclaimed, “Absolutely not, just sign!” With approximately twenty-five more minutes to wait to go in, the boys sat anxiously ready to see what was going to happen. The time has come, the doors open with the previous group. The room goes quiet. The looks on peoples faces that just came back were insane. The people looked absolutely terrified, traumatized. Now it was Austin and Scott’s turn, and it was only the two.

They walk through the door, and it leads outside. They have to get in a car, so they get in. Austin asks, “You ready?”

Scott replies, “No, not really.” The car ride takes about two minutes, pitch black, not knowing where they are going, they pull into a garage, and got out of the car. “Walk through this door, and follow the steps inside, if at any point you would like to stop, turn on your flashlight, and the simulations will end, enjoy,” said the lady that dropped them off at the haunted house. They walk into a pitch black house, and immediately, things are coming from all over the place. Clowns are running around screaming, dressed up pigs are running with chainsaws, Michael Myers is following them from behind with a knife, all of these freaky things are going on at once. There is a piercing screeching sound coming from some type of speaker throughout the whole house. Blood was dripping from the walls, spelling “YOU WILL DIE HAHA.”

Scott quickly stated, “Dude, I do not know if I can do this anymore.”

“Yeah me either,” said Austin. Austin pulls out his phone to shine his flashlight to stop everything. Biggest regret of their life.

Out come these clowns, and chase the kids into a room. The boys are cornered, the clowns get the boys and tie them down on the bed. These witches walk in with large machetes and hover over the two, the boys had no clue what was going to happen next. The witch sets up Austin straight up in front of Scott. Using the machete, the witch started to cut off the limbs of Austin when alive while Scott watched. Scott, not being able to do anything screams and cries out for help for anyone to do something. Tears dripping down his face, Scott screams “WHERE AM I!!” Everything goes silent, the lights go out, and a little voice whispers “The house on Merry Lane.”