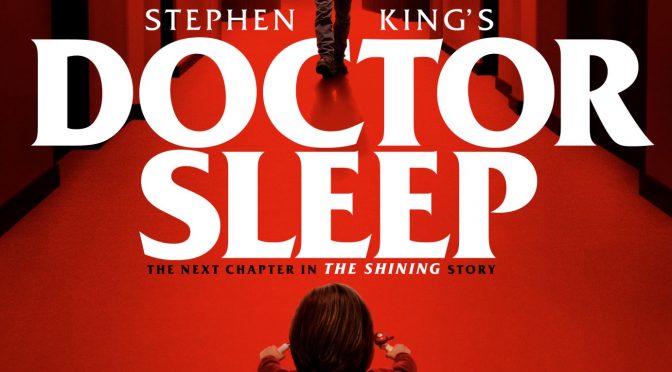 On November 8, the movie “Doctor Sleep” was released. The book, written by Stephen King, is about Dan Torrance, the boy from The Shining, continuing his life with the strange events that occur. Everything seemed to be going well, expect dealing with alcoholism, which had been because of his trauma in his past. He has suppressed his psychic ability as well. Suddenly everything changes once he meets a little girl named Abra Stone.

The movie really focuses on Danny and Abra. They go on a crazy journey of fighting demons or spirits. These demons were destroying and killing gifted kids. These kids had powers called the shining, a combination of telpathy and clairvoyance, which Abra and Danny also possess. With this gift the demons are physically removing it from kids.The details of those scenes were definitely graphic and just a little gross; nevertheless Danny knows this is wrong and travels back into his past by unlocking his powers again. At first Danny wasn’t too keen on helping Abra. Although she is unbelievably powerful, even more than Danny, she learns how to control her gift and help him rediscover himself. I think that the storyline of the movie was put together very efficiently. I was definitely lost throughout, but it kept a good rhythm of fright.

The plot of the movie did jump around, but it did stay true to the theme of horror. There was definitely some disturbing moments. At one point in the movie Danny went from his horrible childhood to snapping back at reality by showing the torture inside his mind and people from his past. I think it was a great way of showing the connection between The Shining and Doctor Sleep. Explaining the plot and setting up the story did take time. The movie was around two hours and thirty minutes long.

The main cast included Ewan McGregor as older Danny, Kyleigh Curran as Abra, Rebecca Ferguson as Rose a demon, and Henry Thomas who plays Danny’s dad in this movie. The movie definitely had connections back to The Shining, like all of Danny’s past demons, especially a recurring one, the lady in the bathtub. As we all know, if you’ve seen The Shining, she is a spirit that haunted Danny when he was younger. Revisiting certain moments from the Overlook Hotel, which is an actual hotel that you can visit called The Stanley Hotel, and moments from Danny’s family life really pushed the movie to becoming great. Also the movie excelled by adding in new phenomenal characters like Abra or Billy, Danny’s new best friend.

This movie was indeed pretty gruesome. There were a lot of disturbing moments, many of which are too graphic to explain. In Stephen King fashion, there was a hint of mystery involved. A lot of scenes had twist and turns. I do suggest this movie to anyone without a faint heart, but “Doctor Sleep” is also an amazing book that I highly recommend. If anything this movie was a three out of five stars for its interesting plot but gruesome details. Something I did learn, though, is the past is the past, but try not to Overlook it.