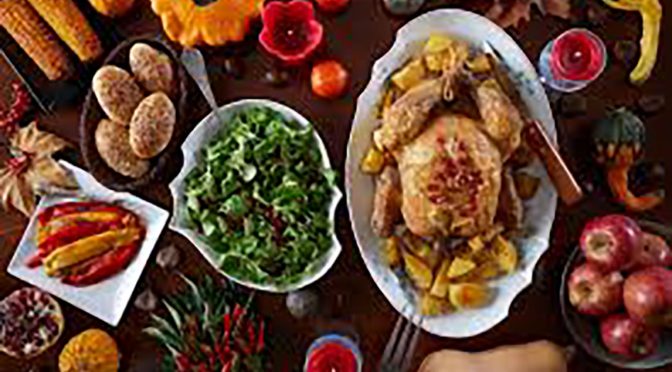 Jingle Bells, Jingle Bells, Jingle All the Way… this song is well known by citizens all across the US. Songs like this one represent one of the most celebrated holidays worldwide… Christmas. Halloween, Easter, Valentines Day, etc. All of these holidays have songs that celebrate and praise the meaning of the holiday. But there is one holiday that is less celebrated by Americans music-wise: Thanksgiving.

Thanksgiving is a holiday celebrated yearly, mostly known as a day of feasting and be thankful for personal blessings. Yet the holiday itself isn’t commemorated with any songs? Besides Adam Sandler’s Saturday Night Live piece, this holiday is not known to have any songs dedicated to the holiday itself. Why is that? Is it based on a historical perspective or citizens overlooking the holiday itself?

Some take the viewpoint that songs for a holiday depend on its importance. Adryana Warner, 9, states, “… Who doesn’t appreciate a day dedicated to eating as much food as you possibly could?” However, several other students take a different viewpoint. Josh Vanosdol, 10, when asked why he believes there are no popular Thanksgiving songs, replied, “Tthere isn’t much to sing about.” So while most have the belief that the holiday is under appreciated, they hold that the reason it is less valued is because there isn’t that much to celebrate.

Another question to consider why Thanksgiving doesn’t have any songs is: does history of a holiday have any impact? Sarah Shininger, 10, put into words what most other students expressed as well. “History doesn’t matter because it’s about what you feel during the holidays, not the history, which is why Thanksgiving doesn’t have very many songs.” So while there could be the theory that having more history can imply more songs created, that does not seem to be the case with Thanksgiving.

Lastly, does the upcoming holiday of Christmas have any impact on the celebration of Thanksgiving in general? Many students find their Thanksgiving celebrations bombarded with early preparation for the winter festivities. “The Macy’s Day Parade reminds me more of Christmas as it happens on Thanksgiving day,” says Daija Scurlock,11.  Zoe Starks, 10, agrees with this sentiment. “Honestly, I think Christmas does take over Thanksgiving. Me personally though, I love Thanksgiving. But, yes, it does get taken over.”

So, overall, Thanksgiving has no songs for sensible reasons. Most students take the perspective that the holiday is not as important as others, and no real feelings are taken from the holiday. In reality, it is an Americanized event where you eat a large meal and then move on to the next celebration. Will Thanksgiving ever get a song that is more than an aimless joke written by comedians? It is impossible to tell. However, for now, this holiday will not be getting its own catchy tune.