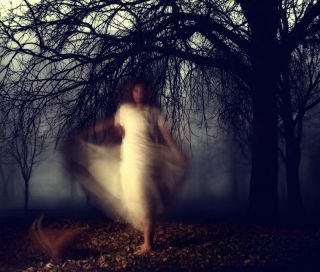 Have you ever been in your room before, and felt like you weren’t alone? Some people have had this thought before, and the word that comes to their mind is ghosts.

Ghosts are generally one of the most widely believed paranormal abnormalities. There have been many disputes about whether ghosts are actually real or not. Can ghosts really move through solid objects, slam doors, and throw objects?

In a LiveScience article by Benjamin Radford written on May 18, 2017, it is stated that many people do not believe in ghosts.https://www.livescience.com/26697-are-ghosts-real.html.Ghost hunters use many tools, machines, and methods to try and detect ghosts. They use tools such as electromagnetic detectors, cameras, and microphones. Yet none of these have been proven to detect ghosts yet, also according to the article. Other researchers have claimed that ghosts haven’t been proven to exist in this world. According to Radford, people don’t have the right technology to find or detect paranormal activity.

If ghosts were to actually exist scientifically we would find lots of evidence, yet we don’t have any. There have been so many efforts by ghost hunters on television trying to locate and find ghosts, but none of the hunters have found a single ghost. Some people such as Abby Coughenour, 9, and Gladys Rodriguez, 9, do not believe in ghosts. Coughenour said that she doesn’t believe ghosts are real because she doesn’t believe that they will come back and haunt you. Rodriguez states, “It has not been proven, and we have no contact with them that has been confirmed or that it is even liable.”

While many do not believe in ghosts, some people do believe. Some reasons why people would believe in ghosts is because they have either had a personal experience or a haunting. They might have also witnessed a mysterious sighting or heard sounds of paranormal activity. Just think if ghosts aren’t real, why would there be ghost hunters, television shows, and websites about them? Cora Bishop, 9, and Chrissy Keene, 9, have said that they do believe in ghosts. Bishop says that she greatly believes in ghosts when it comes to them haunting someone when they are angry. Keene states, “I have seen and heard a lot of scary things that have led me to believe that they are real.” In the same way people are drawn to scary movies; people are drawn to believing in ghosts.

Millions of people are interested in ghosts, and a 2013 Harris Poll found that 43% of Americans believe in ghosts. https://theharrispoll.com/new-york-n-y-december-16-2013-a-new-harris-poll-finds-that-while-a-strong-majority-74-of-u-s-adults-do-believe-in-god-this-belief-is-in-decline-when-compared-to-previous-years-as-just-over/ When people believe or don’t believe in ghosts, they have most likely gotten that conclusion from television shows, horror films, or ghost hunters. Despite the contradictions on whether ghosts are real or not, it is up to you to decide what you believe.