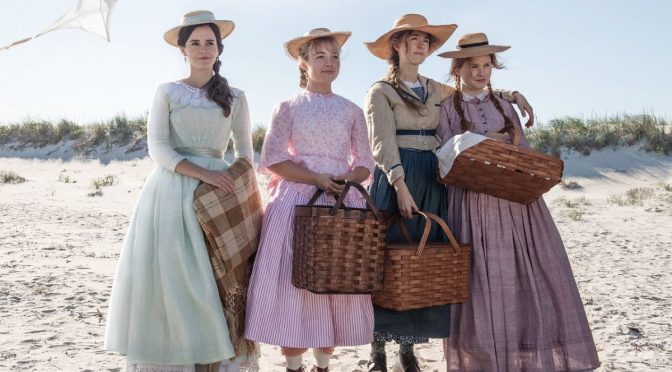 Whenever a well-known classic novel is adapted for film, controversy is sure to arise. Movie directors must make tough decisions on what details of the book should be included and should be cut. In many cases, the movie is not received well by fans because of the varying opinions on what should be included in the film. However, Little Women was able to overcome this precedent and was acclaimed by audiences and critics alike.

Little Women tells the story of the March sisters and their journey to finding their place in society despite their poverty. The sisters live in a comfortable home with their mother, Marmee, and their housekeeper while their father is off fighting in the war. Meg, the oldest sister, had a yearning for luxury, but she never let that hope get in the way of the care and nurturing she provided to her sisters and mother. Jo, the second-oldest sister, was strong-willed and fearless. She liked to write and much preferred to dress and act like a man rather than as a lady. Beth, the second-youngest, was bashful, but always did whatever she could to help her family and anyone around her. She also had a great love for music, especially piano. Amy, the youngest, was materialistic about exquisitely beautiful possessions, but she dealt with this desire by painting and sketching what was important to her.

Another important character was Laurie, the March sisters’ next door neighbor. He lived with his grandfather in a mansion, but he was not happy due to his extreme sheltering. With the help of the girls, specifically Jo, he is able to break away from the mansion and experience real life for the first time. The sisters and Laurie have many adventures together, some exciting and adventurous, some heartbreaking. One trial that they had to overcome was the untimely death of the third sister, Beth. The group grew closer together during this time and learned all about trust and forgiveness.

The novel highlights many other important messages that the sisters and Laurie learn throughout their journey to adulthood. One simple lesson taught to them by their mother was to always give what could be given. For example, on Christmas morning the girls gave up their lavish breakfast so that a poor family would have something to eat on Christmas. Their father also supplied them with encouragement and words of wisdom through his letters, inspiring them to always be the best version of themselves. These constant reminders guided them into growing up to be generous and kind adults that their future spouses could appreciate.

The Little Women novel has 47 chapters, so of course the film could not include every detail, but it is clear that the directors and producers painstakingly scrutinized the book to make sure the portrayal of the book was as accurate as possible. The appearances of the characters could have perhaps been more accurate, but the attitudes of the characters could not have been more on point. The scenery and clothes were also exquisite and explained the time period well.

One interesting detail of the movie is that it is told in flashbacks. The novel is told chronologically in time, whereas the movie starts where the book ends. It starts with Jo attempting to publish a book called Little Women, a journal of the many adventures she and her sisters had experienced. It then shows her life as an adult and her reminiscing about the past. The flashbacks are unique to the movie and complement the novel well, even if the story is being told in a slightly different way.

The filmmakers also did a wonderful job of developing the characters and showing their growth. An example of this happening is with Jo. In the early flashbacks, she is moody and rash in her decisions, whereas in the later ones, she is more mature about her actions and it is clear that she has learned from her past mistakes. At first, Jo was quick to refuse and then change her mind on her engagement to Laurie, but she realizes later that her rash decision to be with Laurie would have negatively affected her later on in life when she discovers that he is not her soul mate.

Overall, both the novel and the film exceed expectations. If you’re a bookworm who is detail-oriented, then reading the book is the way to go. If you’re more of a visual learner and prefer to see the whole picture and not focus on too many details, then the movie is more for you. However, the story is what is most important, and both the novel and movie are masterpieces worth exploring.