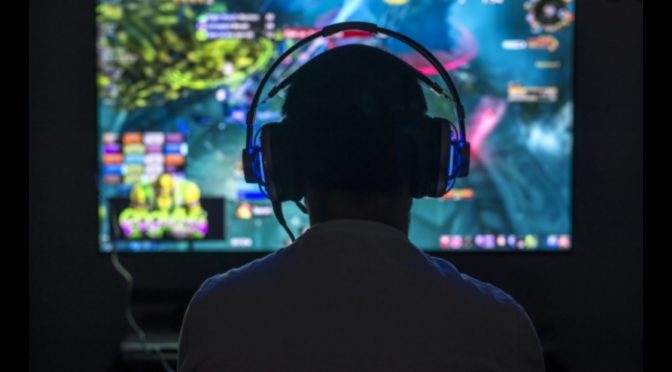 These days video games are a huge aspect of people’s lives and leisure time. Even if you don’t play video games they will most likely still be part of your day. You can see them on the news, in articles, and especially from people talking about them around you. These very video games help people through all kinds of problems in their life or for some it just  helps with their boredom. Since these games are already incorporated with our lives, what if we make something more out of them? What if we could make an esports team that we can use to teach us many things and allow kids to make more friends?

Video games can provide many benefits to teenagers, children, and adults, but for this article we are going to focus on teenagers/adults. Even though many people believe that video games are bad for kids it is actually the opposite. Video games can benefit teenagers in their everyday lives and school. Video games help with teenagers concentration, coordination, and problem-solving skills. In an article from engadget.com dated February 9, 2017, writer Sheila Eugenio stated, “Video games, especially action games have been proven to capture the players’ attention for the entire period of the game.” The reason this is helpful to teens is that this is usually brought about by the players need to complete certain objectives within the game. This helps teenagers have the same mindset in school when it comes to doing homework and completing assignments. Video games can also improve coordination by making the player focus on more than just the screen they have to focus on what they are doing and what to do outside of the game to play the game which also helps with multitasking. These are just some of the many benefits of playing video games but how successful has high school esports been.

The students who are participating in the esports gain a lot more than teamwork, experience, and another thing to put on their college resume. From an article written on September 19, 2019 Brian Seto McGrath for NBCNews.com wrote an article about  apparently you can get scholarships for colleges. Jeremy Murray, a junior at Francis Howell Central High School in St. Charles, MO, watched six of his teammates as they were offered nearly $400,000 in scholarships to play esports in college. Esports can give students great advantages like this scholarship for their college career. There have been many other cases where colleges gave out money. In the same NBC News article, McGrath noted, “In the 2018-19 school year, some 200 colleges in the U.S. offered $16 million in esports scholarships.”

On  September 25, 2019, Mike Sullivan wrote an article for Fox 59 about how scouts are going around looking for players that do very well at video games such as a student from Tipton, IN who received a full paid scholarship from Davenport University. Yes, Indiana has its own esports league now, with thirteen schools involved. Tipton High School teacher John  Robertson is behind the project.

Some high schools that have esports competitions are giving each player on the winning team money for their college tuition. Esports doesn’t just help kids make money; it can also help schools make money. High schools can hold competitions for people to pay to come see. These days many people want to watch sports, so why not local esports?

Esports teams can be very beneficial in many ways that are useful. It can make both the students and the schools a lot of money. It can help students with college tuition or scholarships to certain colleges. It can also help the player with certain skills such as concentration, coordination, and problem-solving skills. There are even a couple schools that also believe this was a good idea in Indiana who made their own high school league. I believe that we could and should incorporate an esports club into our school.