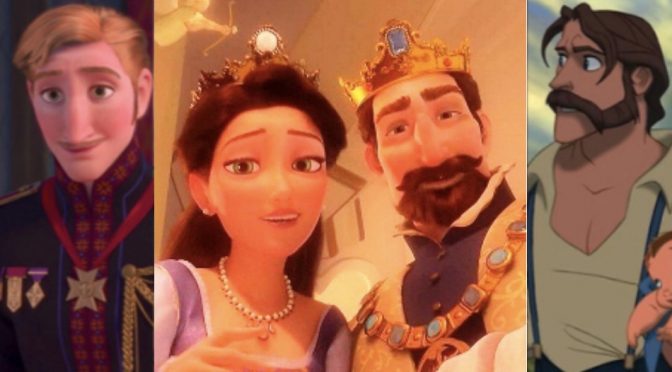 Maybe you’ve seen a video or two on your ‘for you’ page or maybe while watching these shows you wondered how they tied into the universe. Fan theories are that Frozen, Tangled, and Tarzan are thought to be related in some ways. Some may call these far-fetched but who’s to say they’re not possible?

Disney fans and theorists suggest Elsa, Anna, and Tarzan could be siblings. During the beginning of the first Frozen movie, Elsa and Anna’s parents, Queen Iduna and King Agnarr, leave for a two week trip. At some point their ship is wrecked during a severe storm and they die. But, what if they hadn’t actually died?

After the “death” of Elsa and Anna’s parents Elsa eventually comes of age to become queen a few years later. The coronation takes place and many people come far and wide to see the two girls after so many years and to celebrate the event, During Anna’s singing of First Time in Forever you can see a glimpse of Rapunzel and Eugene at the front gates. Theories suggest that Elsa, Anna, and Rapunzel are all cousins related from the mother’s side of the family. “Of course Rapunzel and Eugene would be at Elsa’s coronation, what kind of cousin would she be if she missed that ceremony?” states YouTuber, Brandon McPherson.

Elsa, Anna, and Rapunzel share similarities in their appearances and so do Elsa and Anna’s mother, Queen Iduna, and Rapuzel’s mother, Queen Arianna. Even with distance the two queen sisters must have been close. Many timestamps within the Frozen, Tangled, and Tarzan movies line up and none would be too far fetched.

In 2015 in an ‘Ask Reddit,’ fans asked the directors, Jennifer Lee and Chris Buck (who also directed Tarzan), where the Queen and King were going. Chris Buck stated, “They didn’t die on the boat. They got washed up on a shore in a jungle island. The queen gave birth to a baby boy. They build a treehouse. They get eaten by a leopard ….” Jennifer Lee simply stated they were heading to a wedding. This can suggest the King and Queen were possibly going to Rapunzel and Eugene’s wedding, and when the boat “crashed” it had actually floated for a while which could give plenty of time for a baby, Tarzan, to be born and to change the shown visual appearances of the king by Tarzan’s birth. Elsa could have possibly known that her mother was pregnant and that could be why she had been worried about their leave.

There are many more extra theories many Disney theorists have connected. Some extra theories suggest Rapunzel and Elsa are twins and another suggests the ship in The Little Mermaid is the ship that had belonged to Queen Iduna and King Agnarr. Disney writers and directors like to make connections between their many princesses and other creations. Though, many theories were debunked in the second Frozen movie which came out late 2019. Instead of heading south like thought, Queen Iduna and King Agnarr were actually heading north to try and figure more out about Elsa’s powers when they really did die which cancels the Tarzan brother theory.  “While Disney keeps quiet on any official canon, the theories are all in the name of fun, and using a bit of imagination in between releases,” stated the YouTube channel ScreenRant.