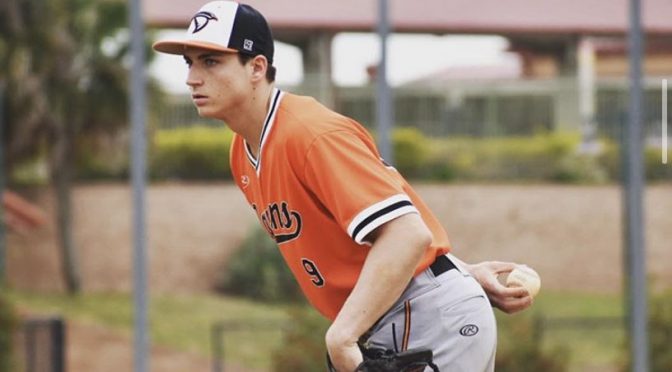 Photo Caption: Clayton White, a senior at Anderson University, waits to throw a pitch against his opponent on April 21.

Anderson University’s athletes have taken a harsh downfall for this season. The coronavirus has taken away lots of opportunities for players on the team. Most recently, the Heartland Collegiate Athletic Conference, of which Anderson is part,  postponed any conference-related contests and championships scheduled for the fall 2020 season. Clayton White, a senior who has played baseball all of his life, has been very doubtful about this coming season. “As a senior it’s really hard to let all of my hard work go to waste. Knowing I most likely won’t get my last season is truly heartbreaking,” White stated.

The Anderson Ravens baseball season was cut short last season, and seniors from last year did decide to come back for this season. “I’m glad most of the guys are coming back this season. If our season gets canceled this year, I’m not sure I will continue my baseball career,” White explained.

White, a graduate from Eastern Hancock, has played baseball since he was 5 years old. His drive is obvious,  as he set many records at Eastern Hancock and pitched the second perfect game in Eastern Hancock history as a sophomore. White then committed to Anderson University to further his baseball career. He has had lots of opportunities and has MLB scouts looking out for him.

White explained that at first he didn’t think the coronavirus was such a big deal. “I didn’t know anyone that had it at first. I didn’t think it was possible for me to get it.” The Anderson baseball team has been restricted from practicing because 25% of the players tested positive, including White and his roommates.

“I was the first one in the house to have it. I went to a party and a few days later I got sick, tested positive of course,” Tyler Burton, a Ravens baseball player stated. Soon after that all of the boys tested positive.

Burton graduated from Knightstown with a very good academic standing. Burton is one of the best hitters on the Ravens baseball team. As a freshman he was able to achieve his goal of 10 home runs in one season. “I felt extremely guilty when I tested positive for Covid. Not only to my roommates but for my whole team,” Burton explained. He knows that he will have at least one more season. Nonetheless he is still very upset and feels sorry for the seniors.

When the coaches announced that practice and fall ball was pushed back the boys were devastated. Zach Lane, a senior baseball player, tried to uplifted the boys and be a leader.  His goal for this team is to not only be successful by winning, but also be a family. The boys on the team call Lane the “dad” of the team, because he is always taking care of people and being a leader. “I went to a very small high school and my team was not very good. There’s where I learned my leadership skills,” Lane said proudly.

He has also tested positive for coronavirus. “I think everything happens for a reason. God has a plan even if we don’t like it sometimes. Something good will eventually come out of this. We just have to wait and see,” Lane explained with a big smile on his face.”

The Anderson Ravens hope to have their season in the spring. White hopes to do something big for the end of his baseball career, maybe continuing into the minor league baseball league. The team has been looking forward to their season so they can give their seniors an experience to remember.