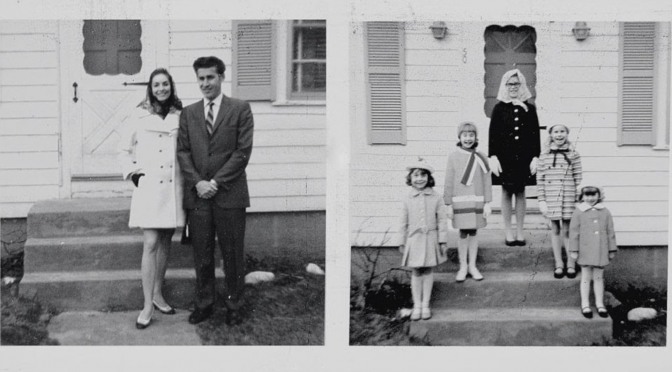 Have you ever seen the movie The Conjuring? If so, you’d be surprised to find out that the movie depicts what actually once happened. Demonologists and paranormal investigators Ed and Lorraine Warren were the helping hands behind this terrifying and true story. The victims of this terrifying case were those of the Perron family.

In January of 1971, the Perron family moved into a 14-room farmhouse in Harrisville, Rhode Island. Right away, each member of the family: Carolyn (mother), Roger (father), and their five daughters, started to experience small but strange things occurring: brooms going missing, hearing weird sounds in the kitchen when no one was present, finding small piles of dirt in the middle of the kitchen floor right after she would get done sweeping, etc. Though Carolyn experienced weird occurrences, her daughters would actually see spirits with their own eyes. Once every member of the family started to notice the phenomena going on, Carolyn decided to research the history of the home. Carolyn discovered that the home had been in the same family for eight generations, in which half of them experienced multiple mysterious and horrible deaths within the home and/or in close proximity with the home. She also found that many of the children had drowned in a nearby creek, one was murdered, and a few of them hanged themselves in the attic. The most commonly seen spirit was a woman who would roam the house mainly at night according to Andrea Perron, the oldest daughter. According to the “True Story of the Perron Family and Enfield Haunting,” ‘whoever the spirit was, she perceived herself to be the mistress of the house and she resented the competition my mother posed for that position,’ said Andrea Perron

(https://allthatsinteresting.com/true-story-of-the-conjuring-perron-family-enfield-haunting). The woman being seen by the family was a woman named Bathsheba Sherman.

Bathsheba lived on the property in the mid 1800s. She was rumored to have been a Satanist and practiced witchcraft. She was also accused of being involved in the death of a neighbor’s child, but she was never charged. She soon passed away and was buried nearby. The occurrences eventually got to the point where they felt the need to reach out for help, which is where Ed and Lorainne Warren come in. Both Ed and Lorraine conducted many investigations and participated in many seances in the farmhouse. During one of the seances, Carolyn Perron, the mother, became possessed in which she began “speaking in tongues and levitating in her chair”, said Lorraine Warren (https://allthatsinteresting.com/true-story-of-the-conjuring-perron-family-enfield-haunting).  After this particular seance, the Perron family, particularly Roger, kicked both Ed and Lorraine out of their home and banned them from ever coming back. Roger was concerned for his wife’s safety at this point. After the seance, all of the occurrences and spiritual sightings began to die down but they didn’t completely end until the Perron family eventually moved in 1980.

Though the supernatural occurrences with the Perron family came to an end, the traumatic situation never seemed to die down. It will always be remembered by those who truly believe.