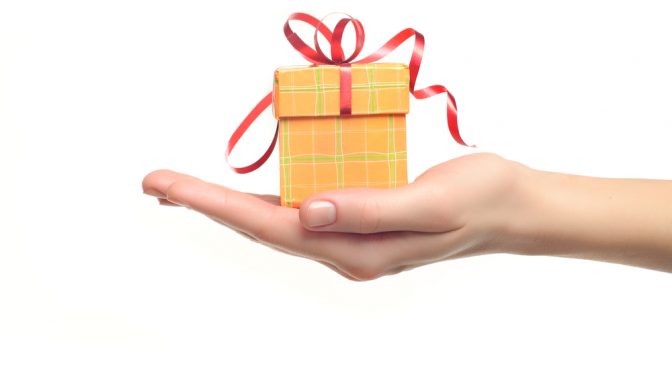 One small box, dressed in red, flashy wrapping paper, with a quite usual small flap that read: “From Santa.” Every member of the family assumed the gift had been placed by someone else, attached with the flap as a sort of half-joke, in reflection to days past of childhood Christmases with flaps that read the same. Gifts were shuffled around, thanks exchanged, and a sea of wrapping paper enveloped the once monotone living room. Smiles flashed frequently, yelps of glee, as boxes were made naked of their wrapping and the thought-out, considerate gift was revealed inside. Quite the standard Christmas affair, full of a cozy atmosphere and joyful attitude. Free things seem to make everyone happy, besides the occasional pair of ugly dress socks, cheap tabloid magazines, and five dollar gift cards to McDonald’s.

But that small box, wrapped noticeably with a touch of elegance, lingered in the backdrop of the quite mundane Christmas morning, whispering in a tempting voice that just begged to be opened. As the gifts that once stocked and crowded the Christmas tree faded away one by one, the more and more eyes the gift drew. Each member of the family gazed at it with a thick desire, running rampant in their mind’s at the possibility of what the gift would be.The gift, while not the largest, nor the smallest, nor even the most well-wrapped, still had a deep primal appeal to it, beckoning with its mystery. It was not special but that may have been some of the appeal, it drew upon a seared-in memory of the wonder of opening presents as a child. It did not take long before the tree had been completely naked at the bottom, the gifts now all in the hands of the proper receivers.

There it was. All by itself. Untouched, unsaid, unknown. All eyes now examined the gift thoroughly, scanning over each fold, each crevice, each glint on the wrapping paper. Everyone in the room sat thinking the exact same sentence: “Who’s is it?” It was now just about who would ask first. The eldest son, curiosity devouring its way through his patience, asked, “Who’s is it?” All eyes in the room immediately swept towards him, waiting for his cue. He twisted and turned in his seat on the couch, now engaging in eye contact with someone everywhere he looked. The daughter, just slightly younger than him by a year and a half, wondered aloud, “Well, it’s not yours, right, Frank?” Frank, the eldest son, returned his eyes to the gift, stating, “No, it isn’t. Anyone know?” The room sat absolutely silent as they all slowly swept their eyes across the room, waiting for someone to raise their hand and surrender the knowledge of who possessed the gift.

“Well, here,” Frank mumbled as he got up from the couch. He knelt and dipped his head under the tree, swiping for the gift. He slipped it out from under the tree and immediately flipped the gift around. He bounced it listening for any familiar noise he could come across. He found the flap and flipped it up, revealing the “From Santa.” “Wow, real funny,” exclaimed Frank, “who’s trying to pull some practical joke?” No one answered and no one seemed to know. The gift rested in his hands. He shrugged his shoulders and tore open the gift relentlessly. A cardboard box resided underneath the wrapping. Frank pulled the top of revealing an empty box with only a note inside. Frank whipped the note out and read it aloud, “To my dearest favorite child of the Burakh Family, while I may have passed, may this gift unto you carry your life forwards even with my absence. I leave you 3% of my current estate, leaving you with 4.5 million dollars in liquid cash. Feel free to use the money for whatever you desire.”

The room sat eerily still. Then, quite suddenly, an eruption of conversation. “Whoever it’s from, I have gotta be the favorite child,” declared loudly, the youngest son. “Who’s estate even is this?” pondered their father. “Perhaps it was meant for the grandchildren,” muttered their aloof and unconcerned uncle. “Maybe it was from my grandpa,” wondered their mother. “It’s likely meant for one of us,” stated the daughter. “Mommy what’s an estate?” inquired the child of the daughter. “It’s gotta be my money, it has to be mine!” exclaimed the youngest son. “What did the note say, I couldn’t hear over all of the AC,” the grandmother requested obliviously. “STOP,” Frank shouted violently.

Frank stood before the tree and all the eyes of the relatives shot at him like deep-cutting daggers. He revealed the other side of the note. It read: “From ‘Knives Out,’ a pretty good movie.” He dropped the note on the floor. “I might have accidentally put that in here after some cleaning, and then wrapped it,” embarrassingly remarked Frank.