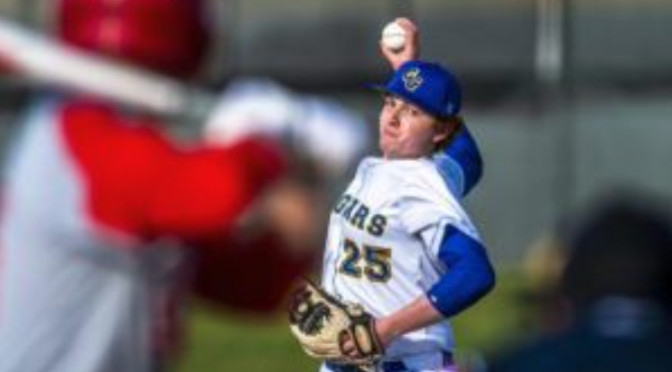 After having the entirety of the 2019-20 season canceled due to COVID-19, the Greenfield-Central Cougars baseball team’s excitement levels are about as high as possible as the current season progresses. Knowing what it’s like to have the game that they love ripped away from them has made them appreciate the opportunity to go out and compete even more. Along with this, the Greenfield-Central unit feels they have unfinished business from two years ago that they need to handle. With that, the Cougars are experiencing loads of success.

Currently sitting at 8-4 overall, with a 6-1 conference record, the Cougars are tied with Mt. Vernon at the top of the Hoosier Heritage Conference standings. Talking to players on the team, it’s evident that the desire to get back out on the field is one of the biggest reasons the Cougars are frequently finding themselves in the win column. Lance McKee, 12, said, “It feels great to be back playing the game I love. I missed the game a lot after not being able to play last year. I’m glad to be back out there with my teammates; nothing is better.”

The Cougars aren’t stopping their expectations at just conference and sectional championships, however. The entire program believes that the sky’s truly the limit for this talented group. “My goals for the team is to win the conference, win a sectional, win a regional, and finally win a state championship.” McKee said. “We’ve won plenty of games in the past, but I think we’re all looking forward to taking the success to new heights.”

McKee and Gibson both are in the middle of a senior season that they are trying to make their most momentous one yet. How are they going to make it their most eventful? Both of the upperclassmen pointed to it simply coming down to one thing: Winning. “I’m trying to make the most of every moment I have on the field so that we can win as many games as possible. The best memories I have in high school is winning games, so there’s no better way to make this last go-around more memorable than winning!” Gibson said. Echoing similar thoughts to his teammate, McKee said, “I think winning has a huge part of making a season memorable. I know we’re going to win a lot of games and have a good time doing it, and with the goals we have set, this last season will definitely have a great chance to be a special one.”