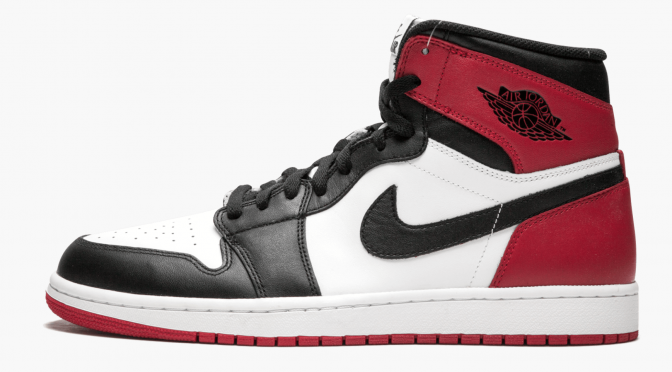 It all started in 1984. Michael Jordan had a tremendous rookie year with the Chicago Bulls winning ROTY (rookie of the year) in the NBA. Nike was a fairly new company and was not a successful company in the 80’s. In 1984 Jordan received his first offer from Nike just at 21 years old. Jordan wasn’t interested in Nike and was actually in favor of Adidas or Converse. But then Nike offered him a new kind of deal. Some call it a “signature line” which means he endorsed his own type of shoe through Nike. “Michael Jordan signed a five-year deal with Nike worth $500,000 per year.” (Republic world.com) Jordan accepted the offer, little did he know that he was about to release one of the biggest shoe and clothing franchises ever.

Nike and Jordan called it “Air Jordan” or just “Jordan.” The first release came in 1985 with the Air Jordan l. But these shoes did not meet NBA standards. As it says from footlocker.com. “The NBA banned the original Air Jordan for not meeting the league’s stringent policy on uniforms and colors. Jordan wore them anyway and faced a $5,000-per-game fine as a result.” But that’s not the only thing about these shoes “This Air Jordan was the only one in the series to feature the familiar Nike Swoosh logo.” (Footlocker.com). The shoes also featured wings instead of the, yet to be created, Jumpman logo. The wings were trademarked by Nike on May 7, 1985.

After Michael Jordan won ROTY in 1985. The Jordan brand soon took off, creating all sorts of new clothing, shoes, and sports equipment. Hitting $100 million dollars in sales in 1985, business was booming for Nike. Not to mention that the Air Jordan 1s game worn autographed sold for $560,000 becoming the most expensive sneakers to ever be sold. “Sotheby’s recently sold a pair of Nike Air Jordan 1s for $560,000 to become the most expensive sneakers ever sold.” (CNBC.com).

Nowadays, Nike is the most popular footwear brand. With new endorsements such as LeBron James, Tiger Woods, Kevin Durant, Stephen Curry, etc. But we can’t forget how it all started with one man, Michael Jordan. Jordan has made 1.4 billion dollars off of Nike alone, and Nike is a 34.8 billion dollar company. So in conclusion, Michael Jordan and the Jordan brand have made a huge impact on Nike today. Without Jordan’s success and Nike’s signature deal. Who ones what Nike could’ve turned out today.