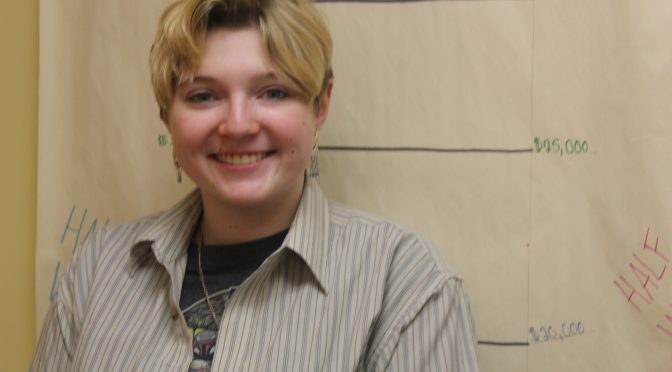 Every year, seniors graduate from high school.  Each year is different and unique for not only the seniors as a whole, but also for the seniors as individuals.  Everyone has different experiences throughout their high school years, but senior year is set apart from the rest.

Senior year is filled with a lot of thoughts and memories.  Not only do seniors think of their past years, they also have more fears and worries, hopes and wishes.

Of this year, Kaya Billman, 12, said, “I was mainly worried about how I would be able to keep up with my studies.  I am taking several advanced classes, and the workload was heavier than usual.”  Though problems like these were hard to overcome, she mentioned that she eventually was able to overcome and work through them.

Luckily, not everything was a worry for the seniors.  Hannah Kinion, 12, said, “I’m not going to lie, there wasn’t very much I was excited for the beginning of this year purely because I knew that due to Covid-19, most of the major events would be canceled.  However the one thing I kept hope and excitement for was getting to direct Legally Blonde-and luckily it came out better than I could have ever imagined.”  For Hannah, her theatre experience was one of the best times she’d had this year.

Of course, Kinion also mentioned that her favorite part of this year was having a prom.  With a lack of GCHS prom, she was able to attend two other, student-made proms that allowed her to enjoy this senior experience.

Billman said that quarantine keeping her away from her friends was hard, and that the separation by alphabet for the school schedules didn’t help much.  However, when she finally did get to spend school days with them again, she said she was happy to see them again.

Unfortunately, as the year comes to an end, goodbyes are imminent.  Juniors, sophomores, and even freshmen have to say goodbye to their close friends who are preparing for life after high school.  Brynn Elliot, 11, said, “Honestly, the fact that they’re leaving in a month is upsetting.”  When she talked about how she hangs out with them in classes or at their houses, she said that it was hard thinking about not being able to see them every day, or having fun on the weekends.

Trey Smith, 10, talked about how some have become role models for him, and that he’s sad they’ll be going.  However, he turned the tables around and said that he was also excited for them since they “get to begin a new stage of life off on their own.”

Most seniors are ready to start their next journey.  For example, Billman plans to go to Ball State and study telecommunications.  Meanwhile, Elliot says she’s really scared that she’s going to lose friends when she becomes a senior and then moves on to enter college since everyone will go on their separate paths.  But she also said that she was excited to see where life would take her when high school was over.

Kinion plans to go to medical school to become a doctor in psychiatry.  Working hard, she plans to help people with eating disorders, dementia, and more.  She’s ready for wherever the path leads her.

Overall, GCHS’s seniors are preparing all around the school for their last few weeks before they start the next step of their lives, and there are more people besides Brynn Elliot and Trey Smith who are wishing them well on those next steps.