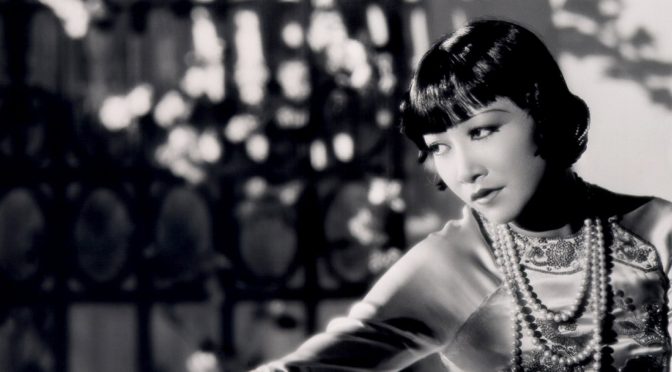 In honor of Asian Heritage Month, Cougar Review staffers felt that a profile of a famous Asian American would be appropriate for the May issue of the newspaper. Anna May Wong was the first Chinese American Hollywood movie star. She had a very successful career, appearing in over sixty movies, though it was always an upwards climb to reach that point of success. Wong would face racism and discrimination all throughout her career, being denied lead roles and being given supporting roles or the typical “Asian characters.” This was largely due to anti-miscegenation in the United States, preventing interracial marriages and even interracial actors from kissing on screen. Growing up and living in the early 1900s was no easy task. The standards and layout of society is nothing like we see today. Let’s take a look at how the first Asian American woman movie star came to be.

It would all start in the 1850s, when Wong’s grandfather, Leung Chew Wong, emigrated from Taishan, China to the United States. Shortly after this move, Anna May Wong’s father, Sam Sing, was born. After moving back to China after his father’s death, Sing settled down with his wife in the Chinatown area of Los Angeles. Wong was born on January 3, 1905. She would be given the name Wong Liu Tsong which means “willow frost” in Chinese. She would later be given her English name, Anna May.

Growing up, Wong worked in her father’s laundromat which he had opened when settling back down in America. Wong also attended Chinese language classes after school. Around the age of nine, Wong was struck with the interest of movies; that’s when the movie productions moved to California from New York. She took such a strong interest that she would skip classes to attend movie sets and spend lunch money to view movies. Wong finally decided that she wanted to be a movie star. So at the age of eleven she created her stage name, Anna May Wong. She created this by combining her English name with her Chinese name.

Wong achieved her first role in 1919 in a movie called The Red Lantern. Wong had seen a casting call and without her father knowing, convinced one of his friends to introduce her to the assistant director. She would be an extra and would carry out a lantern in one of the scenes. Wong’s success didn’t stop there; she continued to work as an extra in many movies. She was also balancing school with her career. Two years later after successfully entering the movie business, Wong would drop out and become a full time actress. This proved to be good fortune, as that same year, she landed a role as Toy Ling’s wife in the film Bits of Life. A year later, in 1922, at the age of seventeen Wong would land her first lead role in the Troll of the Sea.

In March of 1924, she created her own production company called Anna May Wong Productions so she could make her own movies about her culture. The company, however, would close after her business partner was caught using bad business practices. Wong would soon be fed up with Hollywood due to the constant discrimination. She would then move to Europe where she starred in a plethora of films. Schmutziges Geld in 1928, Piccadilly in 1929, and her first talking film in 1930 called The Flame of Love. She would also star in a play A Circle of Chalk with Laurence Olivier.

Paramount Studios noticed her work and promised her leading roles upon her return to America. Wong took the opportunity and starred in the Broadway production of On the Spot. Sometime afterwards Wong’s mother was hit by a car in front of the family’s home. The rest of the family stayed in the home until 1934, when they returned to China.

Wong would still go on to star in many movies but was always asked to play the stereotypical Asian roles. The director of Dangerous to Know even asked her to use Japanese mannerisms when playing a Chinese role, and she refused. She would later appear in one of her most famous films Shanghai Express. After the movie in 1932, Wong went on tour in China for the next year. Wong became the first Asian American to lead a US television show for her work on The Gallery of Madame Liu-Tsong. She was also planning a return to movies.

Anna May Wong passed away on February 3, 1961 due to a heart attack. She was 56 years old. After her death, awards were named after her by the Asian-American Arts Awards and the Asian Fashion Designers group. Anna May Wong’s decorated career would set a new standard for society. It would set a new wave of thinking. She was a pioneer in a long-lasting war for equality.