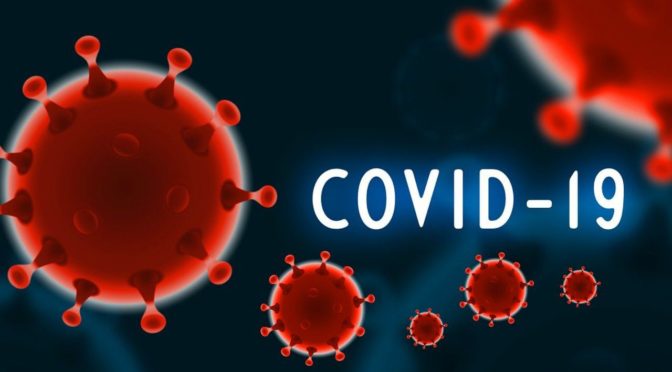 The destructive path of COVID-19 has been undeniably immense within schools and the education department as a whole. From entirely virtual periods, several different hybrid schedules, contact tracing and more, the inconsistent and messy past year and a half has had an undeniable effect on teachers and the students they teach. Greenfield-Central High School had its own difficulties in that stretch of time, from a quickly ended 2019-20 school year to a quickly shifted first quarter of the 2020-21 school year, it has been shifting and changing consistently. Staff and students had done their best to manage and keep up with the increasing difficulties of the ever-changing schedules, but many fell behind. Now, as the school returns to a sense of normalcy with a fully in-person schedule (excluding individual cases wherein students opted to stay home completely), the question on many people’s minds is how are students handling the return and how long can it last?

Each student has been affected in their own individual way, depending on the programs they’re involved in, classes they participate in, and jobs outside of school. These three students had vastly different while also closely similar experiences throughout this pandemic period: Mario Steverson, a junior involved in several advanced courses as well as a member of the NineStar Films crew; Makenna Hansen, a junior heavily involved in marching band; Zane Bundy, a senior whose schedule could not get busier from juggling a job at Planet Fitness on the weekends, a major position in the theatre’s lighting and sound department, as well as another job with the aforementioned NineStar Films crew. These students have extremely differing schedules and duties, but they share in common their absolute busyness. Over the course of this time, they have seen some of the most drastic changes as they’ve whiplashed back and forth between a normal and hybrid schedule.

Seniors at the school had one full year as freshmen in the 2018-19 school year and of course their sophomore year was cut short, as well as a junior year dominated by hybrid schedules. “Each has their own opinion on the varying schedules we sampled, and while I’ll say that virtual schedules were a challenge, coming back has been something to readjust to, and while different, no less daunting,” Hansen remarked on the return. “It’s not so much the work that’s changed, but rather the way we must now live out our day to day lives compared to before. Last year, we were given extensions on most deadlines, we often got to attend class from the comfort of our own homes, and getting everything done was a little more manageable.” Steverson didn’t have much to say on the return, noting, “I’ve adjusted pretty much to the regular school year. Not much has changed about how I feel, a bit nervous of what’s to come.” The return for students seems to have been a mostly positive experience and excitement to finally have some consistency. But the experience of coming back still has left some a little out of place and discomposed.

“I’ve enjoyed coming back and having a somewhat regular school year in what seems like ages. One thing that has been jarring is just how ‘regular’ it seems to be. It’s almost like Charlie and The Chocolate Factory, you know, too good to be true. I feel like this point was further pushed by how many people were knocked out within the first couple of weeks,” Steverson explained timidly. For context, Steverson’s freshmen year was cut off in the last quarter and his sophomore year was bridled with a semi-virtual schedule. “Personally, I think coming back has been refreshing. It’s nice to finally see a glimpse of the world we once knew; a light at the end of the tunnel,” Hansen distinguished briefly. Bundy mostly agreed with Hansen’s sentiment, stating, “It’s been satisfying to get back, hasn’t really been too jarring. (I had) [So] many years prior of having school and having had the high school experience before. Being a senior, I got to have some normal years beforehand, but I can see freshmen and sophomores having more trouble coming back.” While the light of the tunnel is starting to become visible, the looming threat of the pandemic has not vanished. There is still the unfortunate threat of a return to a hybrid schedule as more and more people test positive and are contact-traced.

Bundy punctuated it very clearly, remarking, “Yes, I see all that getting worse, but it’s gonna get worse before it gets better, that’s how it goes. With all the new variants and just being around people more, the vaccines are becoming less effective and things in general are not going so good, but unfortunately it’s the way it’s gonna go.”

Steverson possessed a bit more of a relaxed attitude on the matter, noting, “I only worry about my family and friends as rude as that may seem. If you want to wear it, go for it, if not it’s whatever. I think our students actually are really nice when it comes to ‘mask etiquette.’ I’ve had kids in class with me have no mask on and put one on when they start to feel sick.” Hansen, out of the group, had the most positive outlook, simply explaining, “I’m not worried about COVID-19 spreading now that the majority are unmasked.” It seems as though the concern of COVID-19 ranges between students from seriously worrying to nothing to sweat over.

In this pandemic period, many opportunities were closed for several students, whether it be sports, theatre, or band. So after a year and a half of those extracurricular activities being either postponed or shortened, how have students managed a return to those activities being in full? “The only differences I experienced with [band and my job] were the restrictions enforced on the activities and my job, which ended up cutting last year’s season short and limited the hours I could work,” described Hansen on the subject. Steverson elaborated that it didn’t have much of an effect on him, stating, “I haven’t really ventured into any extracurricular activities since freshman year, but I do plan on it. Work hasn’t really been affected, although this could all change [this year].” Bundy described the hectic schedule he’s been experiencing this year, explaining, “Being a senior, this is the busiest year I’ve had, with all the extracurriculars I have and having a job and stuff. I’ve had a lot extra besides school but honestly balancing that around schedule has honestly been fine. I feel like that’s part of the high school experience, learning how to do that.” So while the three students all have dealt with the shift, they all have a positive attitude about the challenge or even hope to add more to their schedule.

One of the largest motivations and most substantial improvements behind the return to a full schedule is the social lives of the school’s students. In a fully virtual schedule, students were unable to see each other, in a hybrid schedule, students could only see each other twice a week and only half the student body was there. The return has absolutely guaranteed that students would be more active in their social lives and would be able to engage more with their friends. “It’s been very nice to come back and talk with people, I could feel myself last, last few years, kinda slipping away since COVID started. Personally, just talking with people, it just kinda slowly disappeared. But coming back with people it’s nice and it reminds me that I like to talk with and be around people,” Bundy said happily, describing his personal return to full.

Steverson was absolutely ecstatic when he described his return, joking, “As they say, business is boomin’! I feel like I’ve gotten to know my classmates more because we’ve all got an experience with this pandemic that we can relate to. I feel like our sophomores and our juniors can really relate especially since neither of us had a complete freshman year.” Hansen had less of an excited attitude, but for good reason, simply explaining, “My social life never changed much. I kept in touch with my small group of friends throughout our time on a virtual schedule, and now that we’re back in school, I get to see them in person more than I did when it was just outside of school.”

While many celebrate and rejoice at the end of a chaotic virtual and hybrid school year, the damage that year has done on many students’ paths to graduation is undeniable. “I feel like with the way hybrid went, grades definitely weren’t as high, and a lot of people are having to redo classes, or schedule new ones. There’s not a lot we can do about the past, but hopefully we have all learned how we learned, but more importantly, how we don’t,” Steverson poignantly elaborated on the subject.

Hansen noted that the year may have not had an effect on her path to graduation, but it still affected her grades and social life, mentioning, “I feel like being virtual had very little effect on how I’m going to graduate. The only things that changed were the experiences that I missed with last year being so abnormal, and my grades also slipped a little bit.”

Bundy remarked on his experience with the messy year, noting, “I feel like the virtual learning was very difficult, especially with the hybrid schedule and how they were trying to have class time and virtual time. I found it difficult to stay on track and go through online learning then. But with coming back and doing all that, it’s been nice to get back on track. Luckily, I never got off pace like some had during that hybrid time.” While these students were not drastically thrown off track, they were still affected whether it be slipping grades or slipping social lives, and they were certainly conscious of those who were utterly thrashed by the year.

The last pandemic to take over the world like COVID-19 was the Spanish Flu over a century ago, during 1918-1921. So, understandably, many people, students and teachers alike, were undeniably lost when in early 2020 we were faced with a pandemic that sent both demographics home. This experience is unique to this generation and its impact on school and outside of school has been life-shifting. As the light at the end of the tunnel appears to get just a little closer, these students pondered on how the pandemic has affected their lives and their futures. Steverson made it clear humorously, simply stating, “I’m going to have a couple of stories to tell the grandkids, I guess. I’ve definitely grown as a person, and I’ve learned some things about myself that I will carry on into the future.”

Bundy had different thoughts and described how the pandemic affected his philosophy a little and his hopes for an evolution in how day-to-day processes were handled, elaborating, “It’s really shown me the power of information and teaching yourself and just educating oneself. I think a lot of people learned that. I feel like just hopefully through all this more technology and being able to work from home is implemented.”

Hansen illuminated her experience, touchingly describing, “I feel like this last year and a half has impacted me permanently. I’ve grown a lot as a person, be it that I took the time to calm myself down and I also learned a lot about people and what beliefs I hold most dear. I also feel like I’ve really grown to appreciate the small things and be happy solely because I’m breathing.” Hansen wrapped up her thoughts with a simple sentiment, expressing, “I think that the things I’ve experienced, both good and bad, will guide me through whatever else I may face in my lifetime.”