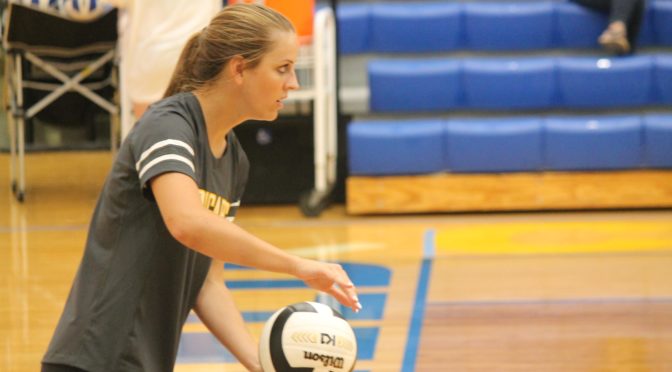 Even though the GC High School volleyball team season record is not what they planned, the girls on the team have high hopes for the future in general, as well as each other.

The players themselves have a positive outlook on how they’ve been playing, stated junior Emma Berty. Berty stated on the fact of improving, “We have improved a lot over the past few months so far, and we are going to improve over the offseason to be better next year.”

She also commented on the closeness of the team, saying, “Everyone on our team gets along really well. I would say that we are all friends.”

Another GCHS volleyball player, Harper Holden, freshman, also had this to say on the friendly nature of their team. “We are all so loving of each other and have developed relationships outside of the sport and school. I am always excited for our next match. It gives us all another opportunity to prove ourselves to each other and to ourselves.”

The mindsets that the volleyball team has towards each other, along with the sport, helps them be striking and courageous on the court. They can go out there and play there all, along with supporting our school, because of each other.

The volleyball team has been faced with many challenges this year, with some changes in coaching. Because of this, Ms. Elizabeth Mercer, Mrs. Joni Hornaday, and Mr. Phil Leswing have stepped up to do the job. Berty had this to say on how the replacement coaches have done thus far.

“They create a really great environment and we love having them as our temporary coaches!”

Although this season might not have gone as expected, both for the players themselves and for fans, the GCHS Volleyball Cougars are going to work hard during the offseason and will only improve and get closer.