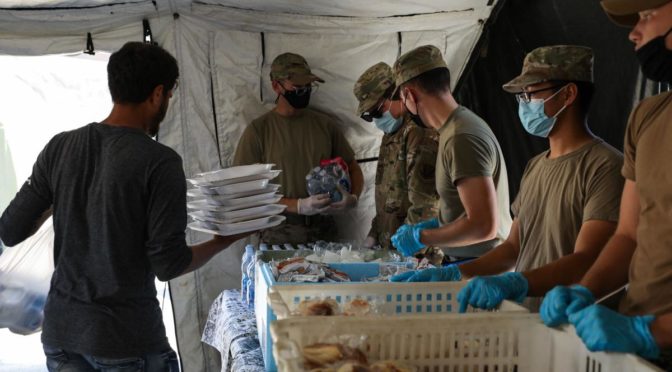 Twenty years ago, one of the most devastating events in American history took place. A casual morning turned into chaos and turmoil, an event we’ll never forget. Not only did it affect the United States in the moments and the moments after but it caused a ripple effect of 20 years and counting.

One of the concerns plaguing survivors of 9/11 are the health issues caused by the event. 74% of emergency responders that were enrolled in the World Trade Center Health Program have at least one health issue caused by 9/11, including 20% having cancer and 28% having mental health conditions. From 2003 to 2013, 29,000 first responders had traces of cancer. Due to the link between 9/11 and the long link of chronic health problems, the James Zadroga 9/11 Health and Compensation Act was signed into law by President Obama in 2015. The act would provide funding for the conditions caused by 9/11 through 2090. The FDNY (New York City Fire Department) were hit the hardest with a total of more than 15,000 firefighters, emergency medical services staff and civilians enrolled in the WTC Health Program. 343 people belonging to the FDNY died on the day of 9/11. by 2021, more than 200 have lost their lives to various health issues. 9%  percent of the FDNY veterans still have PTSD and 18% have depression. Zeig-Owens, an assistant professor of epidemiology at the Albert Einstein College of Medicine, made a statement to Scientific American.com as to why the veterans have these health issues. “Most of the fire department was exposed to the heavy dust right at the beginning, and they were invested in trying to help find everybody and do the rescue and recovery work.” Zeig Owen’s findings consisted of the long term health effects and their links to 9/11.

First responders like James Canham, Thomas Spinard, and Joseph Meola have their stories and recollections of that day. James Canham, a New York firefighter was meant to have the day off on 9/11, but when getting a call of the airplane hit the north tower, he instantly rushed into action. During a call with his wife Canham told her, “This is real bad, I’m going to be here awhile,” and “Go home, get the kids, stay out of Manhattan.” Canham would go on to save a woman and a police officer. Later during the 14th anniversary of 9/11 he was interviewed by The Guardian, saying: “For those who survived that day it was luck, not skill,” he said to the reporter. Thomas Spinard, the driver of Engine 7 stationed at a firehouse on Duane Street in lower Manhattan. While responding to another call, Spinard recalls seeing a plane flying really low. “A plane passes us overhead real low,” he said. “You could hear it; you could feel it. We turned around, and it just impacted the building, building one. With that, everybody got on the rig. We started driving.” While pumping water onto the first tower, Spinard would witness another event. “While we were still in the middle of the street, another plane comes in, makes a big circle, comes around from like the Statue of Liberty direction, and hits (Tower) 2.” Joseph Meola, a firefighter recalls the conversations heard over the radio. “You heard guys — firemen, chiefs, lieutenants, I don’t know who — yelling conflicting reports, some saying — most saying, ‘Get the h— out of the tower. Get out of Tower 1.’ You know, Tower 2 fell.”

The War in Afghanistan, the longest war in American history, lasted twenty whole years before the eventual extraction of American troops in August earlier this year. President Trump talked about the idea back in 2019 and kept his word when his administration began. The withdrawal negotiations are in February of 2020 with the deadline of the final withdrawal being aimed at May 1st, 2021. The most recent withdrawal was no short of messy. Nevertheless all American troops were brought back home. Twenty years ago the international conflict in Afghanistan began, that was triggered by the September 11 attacks and consisted of three phases. The first phase was toppling the Taliban who controlled Afghanistan at the time of the invasion. This phase was the quickest of the three, lasting only two months.

From 2002-2008, the second phase took place. The ideal solution was to completely dismantle the Taliban militarily and establish a core of institutions of the Afghan state. The third phase began in 2009, when president Obama made the decision to temporarily increase presence in Afghanistan to protect the population. Later on in 2011, security responsibilities would be gradually handed over to the Afghan military and police. This approach failed, insurgent attacks and civilian casualties were still high.

Here’s some data on the overall casualties resulting from the war provided by apnews.com:

Other allied service members, including from other NATO member states: 1,144.

Taliban and other opposition fighters: 51,191.

The last twenty years have been nonetheless haunting. The country continues to be heavily affected by the events of September 11, 2001, a date forever marked in our everyday lives