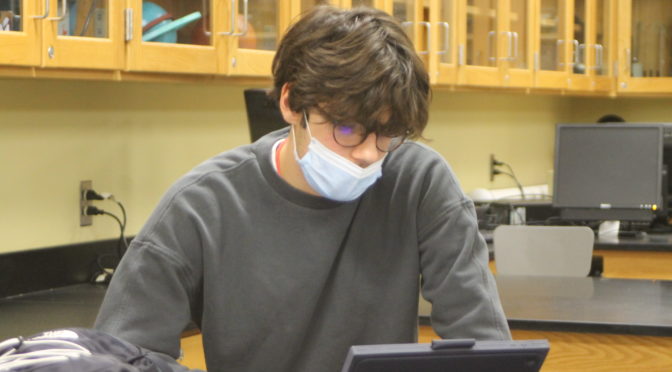 Zoey: So I was telling my friend about how I was going to do this, and they pointed out that not everyone celebrates Christmas because it’s kind of a religious thing. But then I remember you telling me you were Catholic and that’s a part of Christianity so…I wasn’t sure if you celebrated Christmas in Italy.

Giovanni: Okay yeah, so do you want to know if we celebrate Christmas then?

Giovanni: So yeah, I will say that for us it’s the main festivity of the year. We don’t have Thanksgiving or Halloween. We don’t have those almost at all. So yeah, we celebrate Christmas and it’s kind of a big thing.

Zoey: Okay. So what are some of the traditions you have?

Giovanni: It’s not a lot, but it’s not super religious related. It was born that way but it isn’t that way anymore. Basically we have two weeks off from school and you go with your whole family on the 24th of December we go to my Grandma’s house. Then we have a huge Italian dinner, and that starts at 6 p.m. and goes to usually 11 or 12.

Giovanni: Yes, there’s a lot of servings. You bring out a course and then talk a little bit and then more servings. Then at midnight, the beginning of the 25th of December is when we open the gifts. That’s what we usually do. Other than that, we like to spend time with our families of course. Some people like to go skiing and things like that. One year we went to Paris. Oh, and of course we have Christmas trees and that…oh I don’t know what to call it. You know with Jesus Christ?

After some translating and google searches, we figured out he was talking about the Nativity Scene with Baby Jesus, Mary, and Joseph.

Irene: In Spain, usually Christmas is the 24th and 25th so we can have lunch with both parts of the family on each day. It’s different in each house but in my house we open some presents on the 24th and some on the 25th.

Zoey: What do you know about Christmas here because it’s not the same but it’s not completely different?

Irene: I know that in America it’s one of the biggest holidays. Also for example, I know that in most houses there is a real tree. We only have fake trees in Spain and they are not big at all.

Giovanni: Okay, for now? Nothing. I’m being serious. It’s kind of different because my family moved here from New York and they moved here 7 months ago. Everything has been very busy and we haven’t even done the Christmas tree yet. I know that people like to go to the Christmas market in Caramel where people like to go ice skating and things like that. That’s all I know for now.

Zoey: Is Santa a thing for you guys or…?

Giovanni: Oh like Santa Claus? Yeah, yeah, yeah it’s the same. There’s Santa with the…oh uh I don’t know how to say it in English. The uh…

Giovanni: The thing that flies? Yes, we have that and they deliver presents. It’s all the same for us.

Irene: When you are a kid, your parents tell you that Santa and the three wise men have a parrot looking at you at every time of the year to see if you’ve been good.

Zoey: So what about stockings?

Zoey: Stockings, they’re like big red socks with white at the top and you hang it up Santa puts things in there.

Giovanni: Oh yeah and you have the thing that rides…the oh I don’t know.

Mimics a witch riding a broom. Grabs his phone to translate.

Zoey: I don’t think hag is the right word.

Giovanni: It’s the socks, right? That you hang up on the…the uh-

I proceed to briefly explain a chimney/fireplace, turns out that’s not what he was talking about.

Zoey: I’m talking about socks, yeah. You hang them and fill it with things.

Giovanni: Okay yeah. So for us there’s like this…I don’t know how to say it. There’s like an old witch that rides the…like in Harry Potter, rides the…

Zoey: A broom? A broomstick?

Giovanni: Okay yeah. A broom, and puts coal in the socks for the bad kids and gives candy to the good kids. This is on the 26th.

Gets confused and looks up the date.

Oh, just joking. It’s on the 6th of January, it’s called Epiphany. That’s the only thing we do with socks, it’s not a part of Christmas. I’ll be honest with you, I don’t even know where it comes from.

Irene: We don’t do stockings back in Spain and I think it’s a really good tradition because you can put small presents in there that you wouldn’t put under the tree. Also on January 6th we celebrate the Three Wise Men day (Epiphany). The three wise men bring presents for everyone and we eat a lot of food with our families.

I give a brief explanation of Christmas in America and we compare gift opening times. We discussed the Christmas Market in Caramel.

Giovanni: Okay so, when it’s not Christmas I hang out with my friends a lot. But for those two weeks that we get off for school, I don’t want to see anyone. I just want to be with my family.

Zoey: That’s really nice. I think Christmas here is pretty family oriented but definitely not as much as in Italy. I kind of like Italian Christmas better than American Christmas.

Irene: My favorite part of Christmas is of course, the food, and getting together with my family. My favorite Christmas meal I would say is the typical things that we have in Spain, we have a lot of seafood; Serrano ham, turrones (nougat candy), polvorones (shortbread cookie), etc.

We wrap up talking about a few different things, Italy gets a week off of school for Easter but Christmas is definitely the biggest holiday that they celebrate.

Zoey: Okay well thank you for doing this.

Giovanni: You’re welcome, it was interesting.

Irene: Thank you so much!

Zoey: I agree it was interesting, have fun at the marketplace. I personally love the Carmel Marketplace, it’s so pretty. And thank you, Irene!