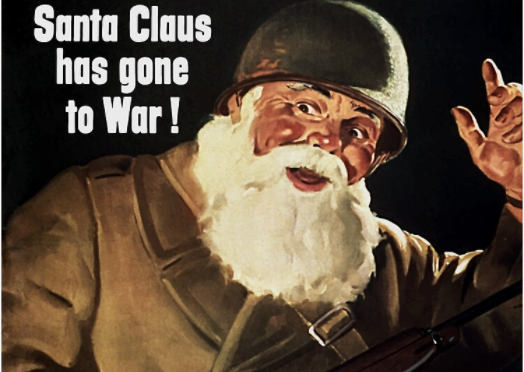 “It’s the most wonderful time of the year!” the elves sang.

“Wonderful, haha,” Mike said quietly, “More like horrible. Oh by the way my name is Mike. I’ve been one of Santa’s elves here in the North Pole for 15 years. Now the world doesn’t recognize life in the North Pole so human rights violations and labor laws don’t apply out here. Fifteen years and not a dime for my trouble. I just love the work some would say, or it’s the kids’ happy faces that get me up in the morning. All of that is pure nonsense. No amount of happiness can fulfill the amount of pain that my ears go through. This much constant noise is enough to make someone-“

“Hey, Jonathan,” Mike yelled, “I’m doing a mysterious monologue to the documentary crew here. If you don’t stop, I will take that mallet and throw it out the window.”

“Sorry about that. As I was saying, the working conditions are laughable and free will is nothing but a construct of our imaginations, which is why I have formulated a plan. This documentary is not going to focus on the joys of Christmas and the ‘happiness of the holidays.’ Instead I will be drawing attention to the human rights violations committed by the big man in the red suit,” Mike finished.

“Documentary about the joys of the holidays,” Mike said with a wink to the camera. “How long have you been making jack-in- the-boxes?” he added.

“And have you seen a cent for your labors, Mitch?” Mike inquired.

“What does that have to do with Christ-“ Mitch started.

“Don’t be such a cotton-headed Ninny muggins, Mitch, and answer the question.”

“No, I guess,” Mike said, “Also that was a bit rude of you and I would like an apology.”

“Well, that’s all the time we have for Mitch,” Mike said quickly. “Let’s go take a look at the reindeer.”

“And here we are in the wild, a look at the reindeer in their natural habitat,” Mike said, “except they’re not because Santa kidnapped them and brought them to the frigid North Pole. He fed them magic carrots that make them fly, and forced them to fly all around the world to each house with the world’s heaviest bag of toys,” Mike said angrily. “Now there is just one more thing I want to show you,” Mike said with a smirk.

“The Holy Grail of Big Red’s great atrocities,” Mike said, “Santa’s stash of coal for the naughty kids. The world is striving to find fuel sources because natural resources will run out, and here the Big Kahuna is with an eternity’s supply.” Mike said. He closed out, “Ladies and gentlemen of the Earth I call you to put an end to Santa’s reign and dethrone him if not for us, for the lifetime supply of coal.”

“A shocking news story has developed today as a documentary titled ‘The True and Scary Story of Santa Claus’s Compound’ reached the world today,” the news anchor said, “The documentary was produced and hosted by a former elf named Mike. Mike showed up on the coast of the U.K. requesting asylum after allegedly swimming from the North Pole.” She went on, “Many world leaders requested a conference with Santa Claus who made the decision to cut off communication with them all together. In response countries started taking sides and the unofficial declaration of World War Three has begun. We will now show you footage of different leaders stating which side they will be on.”

“If there is large amounts of coal in the North Pole, then sure I’ll go to war,” The U.S. President said.

“Human Rights violations are ay-okay with us, so we’ll take Santa’s side,” the leader of Communist China said.

“I’m going to stay out of this one,” the German leader said.

“In other news, parents are now angry that they will have to spend their own money on Christmas presents. The U.S. president has said the term ‘Christmas Spirit’ is just commie propaganda. The U.K. said they will be renaming the holiday on December 25th to ‘Happy Cold Day,’ and some people are pushing for people to remember the true reason for theholidays. This is Channel 12’s Jane Wilkinson wishing you a Merry Happy Cold Day and a good new year. Good night,” Jane closed.