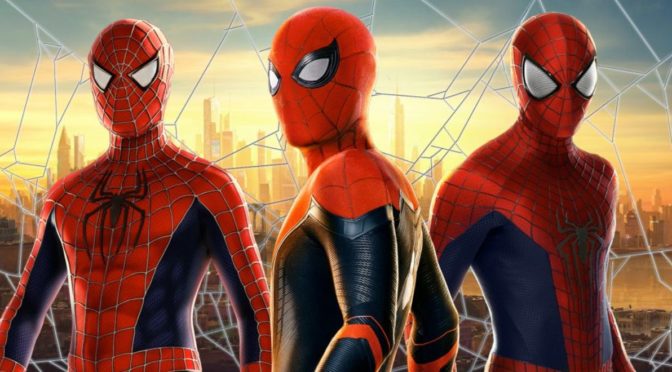 No Way Home picks up immediately after the end of Spider-Man: Far From Home. Spider-Man’s identity is revealed, which means nothing will ever be the same for Peter Parker (Tom Holland). No Way Home particularly impacts their whole friend group including MJ (Zendaya) and Ned (Jacob Batalon). MIT denies all three of them admission. Peter automatically jumps to the conclusion that it’s because of his identity and the roles his friends play in his little disasters and his role of the “ friendly neighborhood Spider-Man”

Peter has a plan, which is my favorite part of the whole movie. Peter asks Dr. Strange (Benedict Cumberbatch) to cast a spell. But Peter becomes very indecisive and messes up the whole spell, which creates the big issue for the whole movie.

The special effects were also really great in the movie. Something I had never seen before was the cages in Dr. Strange’s lair. Once villains were trapped in them, they could not escape even though there was no door. The cage could sense their magic, though, as well as the fact that they were not fully human. Towards the end of the movie there’s this scene where the sky is ripping open showing a vibrant purple color, and Dr Strange casts this spell and one can see it go out to the sky, and the sky starts to seal shut again. The special effects on this scene were amazing. There were so many details, and it looked so real.

So many superhero movies now have confronted what it means to be a superhero. But in No Way Home Peter is put in a position to basically try to save the men who tried to kill other multiverse versions of him, which is when Andrew Garfield and Tobey Maguire are brought into the new movie. Andrew Garfield played in The Amazing Spider-Man in 2012 and The Amazing Spider-Man 2 in 2014. Tobey Maguire played in Spider-Man 2 in 2004 and Spider-Man in 2002. I really enjoy the aspect of bringing in the two Spider-Man actors, and the fans really enjoyed it too.

Peter Parker tries to save Octopus (Alfred Molina), Electro (Jamie Foxx), Green Goblin (Willem Dafoe), Sandman (Thomas Haden Church), and Lizard (Rhys Ifans) by taking away their bad aspects. When he brings this idea to Dr. Strange, Dr Strange disagrees and then they get into a fight in the folding multiverse which is a really cool aspect of the movie. When watching it, it was mesmerizing. There were many colors and shapes in it. The other two Peter Parkers are brought into the movie with a scene when MJ and Ned try to find their Peter, after a tragedy that he had to face. The Peters immediately go to Holland and comfort him and relate to him with things that are similar to what happened to him but in their universe. The other two Spider-Mans soon realize that the villains from their universe have come into Holland’s universe which are the villains Holland had been dealing with.

I like the aspect of bringing back the villains from the old movies as well. Some people may say that they needed to do something more original. But this really was a great addition to the Spider-Man series. I’ve never seen a movie quite like it. No Way Home was an overall great movie; the director, Jon Watts, uses amazing effects for Dr. Strange’s powers. Watts even added some new powers into the movie for people who didn’t have them before. The idea of bringing all of the Spider-Men back was quite clever and added a lot of emotion into the movie for people who have been watching Spider-Man since the original versions. Although viewers might be sad to see them go, seeing them all on screen again, together, was an amazing experience.