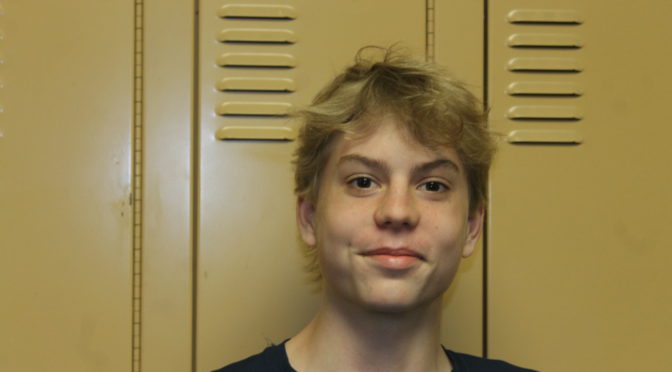 Walker Career Center is an institution that you can take for certain curriculum that you want to take in the future that your high school does not offer. Many students go there for career paths that they wish to pursue in life and there are many places to go for those classes.

Devin Evanoff, 11, is one of those students who go to Walker for their future career and interests. Evanoff takes an aviation class at Walker. He said he takes it because he’s always had an interest in flying planes and flying in planes. Evanoff said that when you go to Walker the class you would want to take is only offered in certain semesters. Aviation, for example, is only offered in the second semester. Evanoff talked about a daily walk through about his day with high school and Walker. “My day doesn’t start till 9:00 a.m. so I miss the first and most of the second block at the high school. The class is from 9:00-10:45 except on Fridays. And once I finish at 10:45 I go to the high school to finish the day.”

Evanoff said what he does in the class is interesting and interactive. “I actually got to fly in a plane and fly the plane. It was really cool.” He also talked about the best part about going to Walker. “I don’t have to wake up early for an 8:30 class and I get to learn about my future career.” He also mentioned the interactiveness of aviation. “It’s very hands-on and we’re always doing something that doesn’t require writing down notes.” Evanoff talked about who to recommend the class to. “I’d say anybody that likes to get out of their comfort zone and just about anybody can take the class.”

Evanoff said that the aviation class is only one semester of regular school but it also takes time out of his Spring Break. He talked about where he wants this class to take him in life. “I want to be a commercial pilot for American or Delta Airlines.” Lastly, he talked about where he goes for Walker Career Center class. “I go to Mt. Vernon High School, but there’s a location in (Warren Central township) as well.”

Abby Morgan, 11, is another one of the students who is involved in the Walker Career path. She is studying Criminal Justice because she has always been invested into true crime and thought it would be fun to have a class not offered at a high school.

Morgan talked about what they’ve learned in class. “In my class, we’ve learned how to solve crime scenes, file police reports, handcuffing, fingerprinting, and a lot more.”

She also talked about her daily schedule. “Every day I wake up at 5:30 to get to Walker by 7:15. Then my class ends at 9:10 and I either go home until my third block starts, or I go to the library and work on any homework I may have. After that, my day is normal and I have my third and fourth block here at Greenfield.”