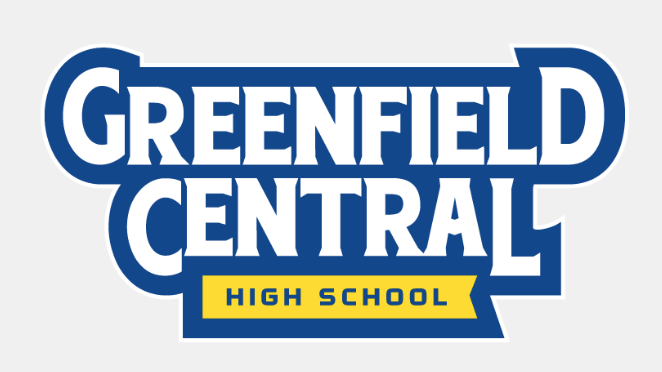 The athletic director’s of the school do a lot more in a school day than someone may think. This story is to show people a common day as described by them.

Starting with the head athletic director, Mr. Jared Manning has been the head athletic director at Greenfield-Central since 2014 and he has revealed more about what he does at that position. Manning discussed how the sports schedules are made, since that is an important behind-the-scenes decision. Manning said, “We have a system event line that helps us manage events if we have an opening in the schedule. The IHSAA limits contests per sport. For example, for baseball we have 28 games at max with 14 conference games and 14 non-conference games so we just call and email different schools and post about needing games. We also send a contract to the schools. Spring this year is a 1 year contract deal though it usually is longer. If a school cancels they have to pay a fee that is in the contract.”

How often does Mr. Manning go to the games? “It’s a hit or miss,” he said.  “There are sports that want us there more often and sometimes we don’t go to certain sports because there are often officials that don’t need to be paid or taken care of. We are nearly at 95% of home events. We go to major events that are away games if at all possible.”

Manning also talked about a common school day for him. “A typical school day we come in and we check email and make sure we have workers and officials for a game and our facilities are running and ready to be used. We have things thrown at us that we weren’t expecting. Our sound system went down in the gym and the scoreboard wasn’t working. We have big items like fall, winter, spring schedules getting made. (There’s a) newsletter and transportation made bus schedules and handled many issues. And we talk to coaches about previous and current events.” He also mentioned his main job as an athletic director. “My primary responsibility is to oversee the sports programs as a whole managing coaches scheduling events, managing events making sure student athletes are academically eligible and the uniforms for sports.”

Manning was asked about the sports he goes to and the programs he is more involved in. “There are three sports that we are most involved in that involve the biggest crowds like football with the special events and basketball boys and girls are another of the most involved because of the number of people that are here for the games.”

Another question was if he played sports in high school and college himself. “I moved here before high school. I played soccer, basketball, and baseball. I went on to play soccer for 2 years at Franklin College. I decided to quit after I realized I wasn’t going pro so I focused on my degree. I’ve always played sports and been involved with them. I transfered to Purdue for sports management. I managed training officials. I’ve never been out of sports.”

Another question was the care for athletes. “We have two full-time athletic trainers,” he said. “They get here at 2:00 and are here at practices and games to meet the needs of athletes. They are awesome.” Manning also talked about the sectional brackets. “Most of the sectional alignments are handled by the IHSAA. They do selections; they’re the ones that assign hosts sites. It’s crazy hosting, especially basketball. We have a meeting about how we manage the officials and the workers and the practices and the management of the game. It’s a lot to make it happen.” The last question was about talking with coaches and what they talk about, “We talk quite a bit, we talk as much as possible, they usually swing in and talk about the game before the game next and how the team is doing and what they need for us.”

Ms. Elizabeth Mercer is an assistant athletic director here at GCHS. The first question was about how many sporting events she attends regularly. “I would say 5 out of 7 days a week I attend sporting events after school. Mr. Manning and myself both attend all of the home events and split the responsibilities involved with events.”

Regarding what a school day is like for her, she said, “Every school day is different! Some days we are working on our computers all day – answering emails, signing game contracts with other schools, working on schedules, game day information, social media, our website, and more. Other days we are out at different facilities working on things or getting them ready for games. Every day seems to bring something new to the table.”

Mercer also talked about what sports she is more involved with.“I would say that I am more involved in volleyball and basketball due to having coached those sports before coming to GCHS,” she said. “However, I am at most of our teams’ home events. There are multiple sports that have bigger crowds at events, so it takes more people to ensure things run smoothly for those sports.”

The final question was about how often she talked with the coaches of various sports, “We talk with our coaches every day. They stop in our office all the time just to catch up and see how things are going. We also talk to them about their schedules, their games that might be happening that night, their facilities, and also about their athletes specifically.”

Lastly, Mrs. Fowler was the final interview. Ms. Brayana Fowler is an athletic trainer at GC. The first question was about how many games she goes to. “I go to all home sporting events. I am only required to travel with football. However, if everything is covered at home I will travel to sectionals, regionals, and state.” Regarding a typical school day for her, “On a typical school day I get here around 2:30pm, our athletic training room opens at 3 and if there are no games I am out of the building around 730pm. On game days I arrive a little earlier to set things up and leave depending on when the game is over, usually 9/10PM, later for football.” She also talked about the sports she is more involved in, “I am more involved with football. It is the top covered sport at GC as it has the highest rate for injury. I travel everywhere with football as well as covering home events.”

The next question for Fowler was about the sports she played in high school and college, “I played basketball and ran track in high school. I played basketball in college as well.” Fowler also mentioned if she had a job as a trainer before GC, “I am a Certified Athletic Trainer. I have both my bachelors and masters in athletic training. I was employed part time at Marion High School before transitioning full time to GC after having my daughter.”

The last question for Fowler was about how often she talked with the coaches, “I conversate with coaches daily. It is extremely important to build good relationships with coaches for the best interest of the players.”