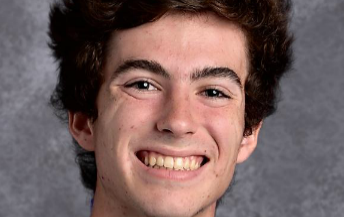 Jacob Hansen, 12, has ended this cross country season on a high note by being the first GCHS runner to go to state since 1989. In the beginning of his most successful season, he had set high standards for himself. With help from his coach, Aaron Smith of the math department, he trained himself to run 3.1 miles under 16 minutes.

Teammate Will Wickham, 10, stated that Jacob shows the potential of hard work and dedication. “Jacob going to state was a big sense of pride for the entire team,” explained Wickham. “He is a great team leader and a great friend.”

Coach Smith worked alongside Jacob through the whole season. His hopes for the season was for the whole team to do well and they did. Just about everyone on the team was excited to see Jacob go on to state.

Jacob came in 129th place with a 17:24 run at state. “I wish I could’ve done better at state, but hey, at least I was there.” Hansen finished the year with many accolades, county champion, conference runner-up, sectional champion, regional champion, first state qualifier for the Cougars in 27 years, and the second fastest Cougar ever.

With leaving his last high school season with no regrets, he hopes to run for Purdue’s team. This goes to show that with a little bit of hope and support, you can push yourself to do more than you thought you could do. “He didn’t just win this (regional) meet, he won over the past four years,” said Coach Smith.

Hansen said he was thankful to his friends and family, especially his mother for getting him into running in the first place.