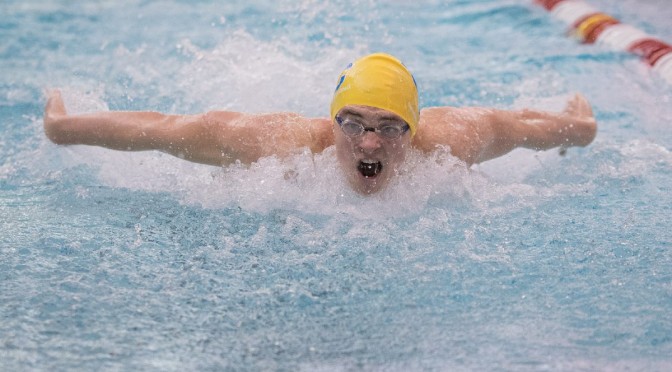 The GC men’s swim season recently wrapped up on a high note.

This year, both men’s and women’s teams did very well, with both teams placing first at sectionals. The girls have now won the past 4 sectional events, and the boys have won the past 7 events. Along with this, our boys broke 6 school records and 5 sectional records. along with that Zack Cook became the first swimming state champion in GC history when he won the 100 meter Butterfly. The girls ended up breaking 3 school records and 5 of their events went to state, as well.

John Scott, 11, said, “I’m really glad about how these season went. All of us improved so much and the atmosphere is great. We really worked as a team, and I feel like we’re all one with each other.”

With their record breaking season coming to a close, teammate and state champion Zack Cook, 11, said of the season, “This year’s season has gone swimmingly. We’ve been able to compete at a higher level than in previous years which has shown our progress and improvement.”

Cook talked about some of the training for the season. “We have pushed our physical training especially in the weight room this year. However, our mental aspect of the sport has a lot of room for improvement,” he said. “Thinking through the technique of each stroke is crucial as well. Just like studying for a test, we have to study for the race by thinking thinking through each aspect and detail of it.”

Further, he does feel that the team has improved immensely in the past few years, elaborating with, “We take our training and competition more seriously by going into practices and races with optimism and not giving into bad attitudes. Away from swimming, we have been developing our leadership skills throughout the team, school, and community.”

Though we are losing some senior swimmers this year, we can hope to see some new faces coming in from the middle school team.  “It feeds right into high school swimming and does a great job of preparing athletes. The middle school team has a very large girls’ side, but lacks in numbers for the guys,” Zack said.

Personally, Zack plans on training hard for next season and is working on finding the right college to extend his swimming career.