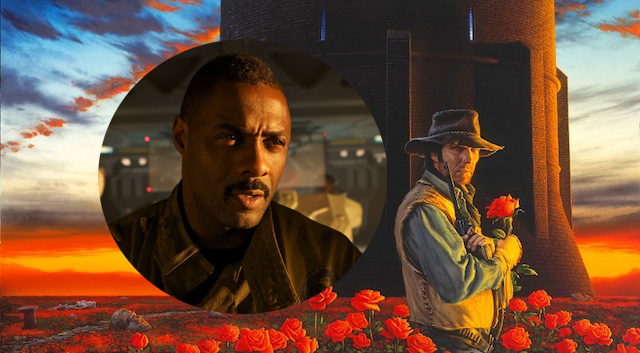 Dystopian novels prove to be a difficult task for authors, but when done correctly, can leave the reader wanting for more. Stephen King’s The Dark Tower keeps readers captivated and wishing for more of King’s series. I had gotten the book as at the end of December 2017. Being a picky reader, I had my doubts. However, once I picked the book up, I couldn’t put it down until I had read it all.

The Gunslinger is the series’ first book. The novel is named after the protagonist, Roland of Gilead A.K.A. The Gunslinger. Roland pursues The Man in Black, a man who is tied to Roland’s shady past, through a desert wasteland.Throughout the book, Roland is seen as a vigilante of sorts, as his deeds are reflective of not only his personality, but what he will do to finally capture his target. During his adventure, he meets many people, including a woman named Alice, and a boy named Jake from New York.

The boy named Jake is an innovative character of King’s. In an entirely different world, Jake dies, but is mysteriously teleported to the planet on which the story takes place. Jake is a frightened, 11 year old boy, and when the Gunslinger meets him, our hero is met with another task, to figure out what Jake’s doing here. The other supporting role in the story is Alice. She fits in with her surroundings, even though her surroundings are full of crazy people. I won’t spoil the book for you, but when Roland meets Alice, he has one more reason to find The Man in Black.

The series takes place in two separate locations as Roland chases his quarry, an apocalyptic desert, and the high fantasy realm of Gilead. Both locations are superbly put together. The desert is described in detail as being bland and dreary. The town in the desert feels like an old, cowboy-infested town that you see in western movies, without the cowboys. Inhabitants of the town are hopeless, and are excellently portrayed as if they have no meaning in their life. The fantasy aspect is only detailed in Roland’s flashbacks, but is still an integral part of the story and setting. Gilead allows for a break from the bleak wasteland. It’s pictured as a grassy utopia, a contrast from the desert. With extravagant castles, a monarchy, and no immediate problems, Gilead feels like a picture right out of a Disney storybook.

The Gunslinger has a rich story and beautiful settings. The easiest way to figure out if a book is right for you is to compare it to other books that you’ve read, for example, The Hunger Games by Suzanne Collins. The Hunger Games is set in a dystopian future, where people must fight to the death in an arena every year. This book is a lot like The Gunslinger, due to its unusual, but spectacularly put lore, its diverse settings, and its characters’ colorful personalities.

The Dark Tower series is a long series, with a total of 7 books. If you don’t want to put that much commitment into a series, you might enjoy the major motion picture the series was adapted to. The Dark Tower movie adaption condenses the 7 books into one extraordinary movie. It stars Idris Elba as The Gunslinger and Matthew Mcconaughey as The Man in Black. However, if you’re looking for a good book, read The Gunslinger by Stephen King.